I’m pleased to present the latest trends in Europe’s beer sector as part of the 2019 edition of our annual statistical report.

It is fantastic to be able to announce the 10,000th brewery in the European Union! Indeed, The Brewers of Europe welcomes all new breweries, many of which are SMEs and microbreweries, and we are very much encouraged by their role in diversifying and improving the sector as a whole across Europe. More than ever, brewers have stepped up to meet consumers’ expectations for innovation in products, more sustainable production, as well as increased choice such as lower-alcohol offerings and speciality beers.

We are delighted that the figures presented here show continued growth in many key metrics; not only in the numbers of breweries, but also in the production, consumption and export of beer in Europe.

For half a decade now, we have seen a gradual, but upward movement in most, if not all, of our numbers. They tell a story of steady and sustained progress, further strengthening beer’s contribution to the European economy as a major consumer good and export commodity.

Across Europe, beer production volumes have again risen, surpassing the 400 million hectolitre mark in the EU for the first time in a decade. We have said that beer has bounced back from the economic crisis, but what we can say now is that it has come back different and better than ever.

Indeed, more people are choosing beer more often. Beer consumption rose compared to the previous year in every single country. This at a time when overall alcohol volumes and harmful drinking are declining in Europe, as some consumers seem to be switching towards lower strength products such as beer and also towards lower alcohol and non-alcohol varieties within the beer category too. What is also interesting is that the styles of beer people are drinking are more varied, more specialised and now more transparent.

That is to say, aside from continuing to meet consumers’ expectations of quality and choice of products, we have made important steps towards fulfilling our commitments to better consumer information – culminating this year in the signing of a memorandum of understanding by The Brewers of Europe and its members to label calorie values and ingredients on all cans and bottles by 2022. We are proud to be clear.

Furthermore, with European policy makers poised to seriously tackle climate change, The Brewers of Europe Forum in June 2019 created headlines around green and sustainability pledges. Along with more than 1,100 participants, we left Antwerp energised after a hugely successful event and look forward to the third edition of the Forum in 2020. It will take place in Brussels once again and have a major focus on sustainability, aligning brewers with the new European Commission’s emphasis on the European Green Deal and other climate measures in its next term.

At the 2020 Forum, we plan to bring together not only the vast brewing community, but to earnestly connect with the European institutions – especially through initiatives such as the relaunch of the European Parliament Beer Club for the new legislature. We invite MEPs from across the political spectrum to, yes, enjoy a beer, but also to consider how our sector is interlinked with a variety of policy areas that shape Europe’s vision for the future.

As represented by the statistics in this report, beer is growing in Europe and in many individual countries and markets – no matter how big or how small. We sincerely hope that these trends continue, and congratulate the passionate, engaged, innovative people in the 10,000+ breweries that enable our sector to celebrate its progress.

Secretary General of The Brewers of Europe 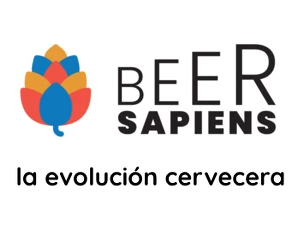 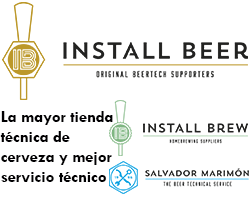 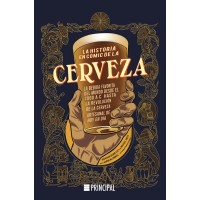