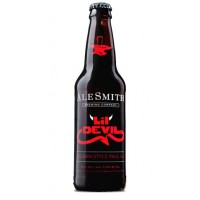 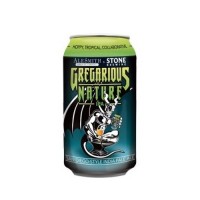 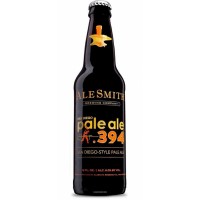 AleSmith Lil’ Devil is an unfiltered Belgian-Style Pale Ale pours a hazy gold with a creamy white head. Ground coriander seeds and two kinds of orange peel added to the kettle contribute pleasant citrus notes to its Belgian fermentation character. Lil’ Devil’s light body and effervescent finish make for a refreshing beer that will have you coming back for more

For this beer, we teamed up with our friends at Stone Brewing Company. The name Gregarious Nature is a nod to the friendship between AleSmith Owner, Peter Zien and Stone Co-Owner, Greg Koch. We decided to join forces in salute to the classic San Diego-style IPA, which helped put both of our breweries on the map. This easy-drinking brew will put you in a friendly mood with its assertive notes of citrus, pine, and grapefruit. You can’t argue with the timeless hop character in this clean, flavorful IPA. Get gregarious and share one with a worthy pal today!

In early 2014, Tony Gwynn’s team approached AleSmith to create a distinctive beer for the baseball legend. A meeting was called at the Gwynn household, which included a sampling of AleSmith beers to identify Tony’s preferences. He wanted the beer to be “light with a kick” which he elaborated further to mean full of hop character and light in body and color. The result of the Gwynn family’s feedback on test batches rendered a golden pale ale full of American hop flavor and aroma, with a subdued bitterness and a malty sweet finish. AleSmith San Diego Pale Ale .394 pays tribute to the city that Tony loved and the career-high batting average that he achieved in ‘94. Discover what happens when a Hall of Fame perfectionist crafts a beer with a world-class brewery. A portion of the proceeds will go to the Tony and Alicia Gwynn Foundation (TAG).