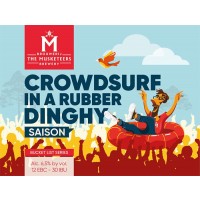 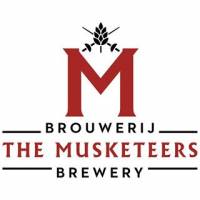 The Musketeers Crowdsurf in a Rubber Dinghy

The Musketeers Crowdsurf in a rubber Dinghy Saison

The Musketeers Crowdsurf in a rubber Dinghy is a beautifully smooth saison.

Troubadour Magma The amber-coloured specialty beer Troubadour Magma has the aromatic and hoppy-bitte ...nthusiasts appreciate the explosion of fruity scents from dry hopping. Perfect to enjoy on a night out during a sunny spring or autumn day. Our Troubadour Magma is our showpiece that bowls everyo ...

Jack’s Precious IPA In 1904, the Ghent Zoo had to close and Jack the Asian elephant was sold to Si ...d, but that plan failed and the poor animal ended up in a Dutch sausage factory. Whether or not Jack was actually reduced to sausages, remains unclear. What is clear, is that the legend of Jack h ...

Troubadour Spéciale Troubadour Spéciale is an amber colored beer with a spicy and malt ...y first taste, a light body with a touch of caramel and mild hoppy flavors which make you think of an “English Ale” or Spéciale Belge style followed by a dry and bitter aftertaste.

Ride A Bull For Ride a Bull, the third beer in the Bucket List Series, the challenge was even greate ...quer a bull, then The Musketeers will have to succeed as well. The result is a nice ruby-red beer with good drinkability, a slightly sweet but balanced malt character, supplemented by a light tou ...

Troubadour Magma Hop Twist Each year The Musketeers Brewery releases a special one-time edition of t ... recipe. In previous editions, the recipe has varied with the types of hops used and some unique combinations of yeast. For the 2017 Special Edition the brewers have only played around with the a ...

The Musketeers Party On A Jamaican Beach starstarstarstar_halfstar_border 3,48

Troubadour Magma Tropical A lower alcohol content but extra fruity! The scent of mango, melon and tr ...ngs a one-off brew onto the market that changes one aspect of the Troubadour Magma brewing recipe. After varying the basic raw materials malt, hops and yeast or adding wood chips in previous year ...

The Musketeers Cross the Desert starstarstarstar_halfstar_border 3,40

The Musketeers Crowdsurf in a Rubber Dinghy starstarstarstar_halfstar_border 3,39

The Musketeers Antigoon Courageous WIPA A cruel giant Antigoon and poor sailors. Those who don’ ...uts off the giants’ hand and tosses it into the river. An Antwerp legend just as intense as the it’s beer: full initial notes with a soft-bitter finish. Antigoon is a specialty beer f ...