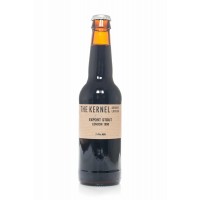 Export Stout London 1890 by The Kernel Brewery of South-East London, available in 375ml bottles. Buy ... this beer online in our webstore, FREE UK delivery on all orders over £50! Or visit our bottleshop and taproom in Bath city centre.

The Kernel Imperial Brown Stout London 1856 This beer is a part of brewing history. Based on an 185 ...sfying stouts that have been variously called Imperial Russian Stouts, Imperial Brown Stouts, and many other names. Whatever the designation, this is a respect-commanding beer with a surprising g ...

The Kernel Table Beer Esta cerveza puede tener variaciones de lúpulo y graduación, en ...ic, and the Kernel nail it with every batch of their Table Beer. There is nothing out of place in this modest-ABV pale ale - the malt presence is light but present, the hops are powerful but not ...