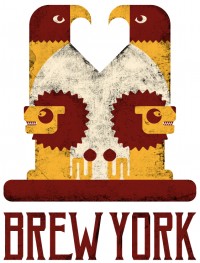 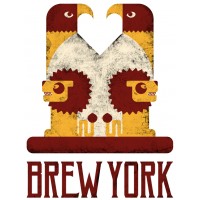 Drinks of the World

Top Of The Hops

A DDH Pale Ale crammed with CTZ, Citra and Loral Cryo hops. Expect a creamy mouthfeel from the oats, ... and a punchy hop profile. 5.4%ABV 440ml.

Brew York is a brewery born out of two friends passion for beer and brewing. Located within York&rsq ...elf. Their unique Taproom with riverside beer garden sits next to the Brewhouse and allows them to showcase their beers at their freshest.   Time Travelling Tax is a double dry hopped pale a ...

Craft Beer: Brew York - Time Travelling Taxi: Fresh Craft Beer from Our Bottle Shop and Taproom: Any ...nutes away (usually after ordering a beer)? Or maybe you recall the time distorting taxi that started two minutes away yet doesnt arrive for twenty minutes! Maybe it was better when our taxis wer ...

The Head of Steam

This Pale Ale is lovingly brewed by the fantastic Brew York.